Meet one of the most beautiful fortresses in the country, as well as the Venetian walls of the city of Heraklion. 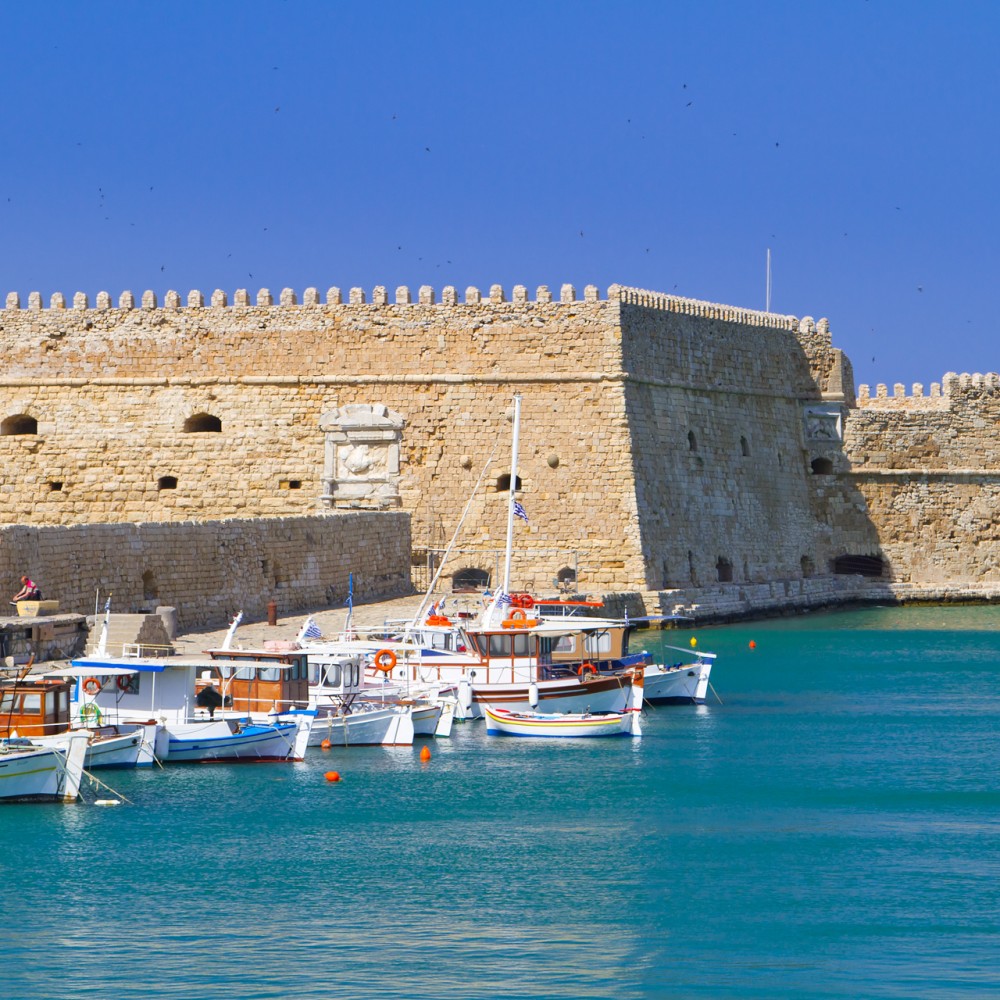 The "Castello a Mare" (or more commonly known as "Koules") is a sea fortress that was built during the Venetian occupation, between 1523 and 1540. Its main purpose was to protect the city of Heraklion and its inhabitants from pirate attacks, as well as other conquerors.

Its construction lasted about 20 years because of the bad weather conditions during winter, that didn't allow the builders to continue their work. The boulders that were used for the construction of the fort came from the old Minoan port, the small island of Día and the bay of Fraki. Despite the many difficulties, the end result was a robust 2-story building with strong, thick walls which covered an area of approximately 3.600 square meters.

The roof of the fort had a large number of special openings, known as sospirali lucernai, which were designed to illuminate and ventilate the castle's apartments. The upper floor had rooms for officers and commanders, and there was also a bakery, a mill, and a small church. The ground floor of the fortress was divided into 26 apartments, many of which served as food and munitions depots. During the years of Ottoman Domination, many of those rooms were used as prison cells for the Greek rebels.

The Venetian Walls of Heraklion

After the Fall of Constantinople in 1453, feelings of fear and insecurity began to arouse among the Venice-occupied Greece. The Venetian conquerors, under the fear of an imminent attack, decided that the time had come to strengthen the fortifications of the city of Heraklion. So, the Venetians called one of the greatest architects and urban planners of Mannerist-style, Michele Sanmicheli. Sanmicheli designed the walls in a way that they would be able to protect the city from the enemy cannons. The construction of the walls began in 1462 and they were completed in 1669. When the wall was finished, it was 3 kilometers long with four central gates, where each one of them was facing a different point on the horizon.

In May 1648, the fears of the Venetians were confirmed. The Ottoman Empire appeared in front of the walls of Candia, resulting in a siege that lasted for 21 years (1648 - 1669). The siege of Candia is known today as the longest siege in history.

Make your own route